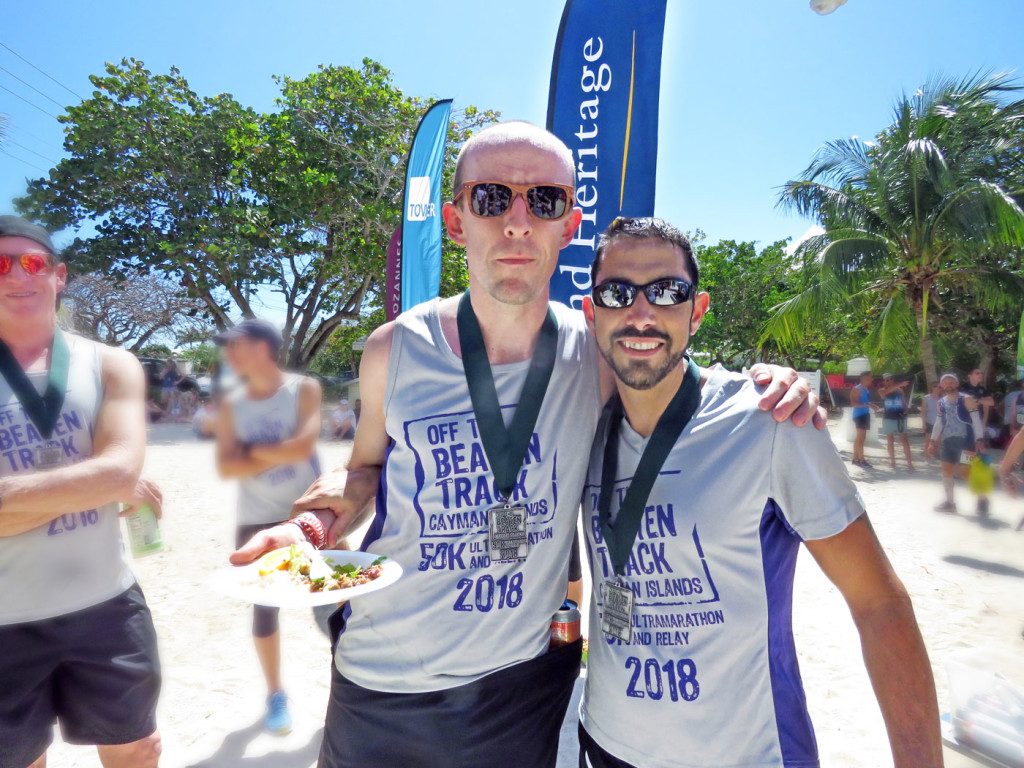 Now that everyone has had a chance to recover from the Cayman Islands Marathon in December, it is time to set sights a little higher … or longer, as such.

The Off the Beaten Track 50K Ultra-Marathon is happening this Sunday, taking a route across some uncharted territory to add an extra challenge and element of surprise. Not happy to just have participants run along the flat, the organizers literally beat a path through the undergrowth in the weeks before the event. Maybe the idea is to make the surroundings so fascinating to the runners that they will forget the distance they are having to cover.

This year marks an important anniversary for the race – it is turning 10 in 2019 – and once again, it is raising money for charity. Established in 2010 by KRyS Global Founder and Executive Chairman and ultramarathon runner, Kenneth Krys, Off the Beaten Track maintains its adrenaline-charged reputation in Grand Cayman with a different route every year.

Off the Beaten Track has been designed to emulate the world’s toughest race, the Marathon des Sables. The exciting route provides participants an opportunity to explore Grand Cayman’s greatest hidden treasures, with a variety of terrains to test the skills of every level of runner.

With international running champion, Derek Larner of Race Caribbean, designing the course, expect to be pushed to your limits as he conjures paths in that devious mind of his.

There are two options for those keen to join in: you can either take a solo flight, or participate as part of a team. Those who decide to go solo should really be prepared for such a task and have some experience under their belts. It is hard enough to finish 50K on the tarmac, let alone through landscapes usually reserved for Tolkein books.

Anyone new to the world of distance running should probably go the team route. This allows for up to six members per team, breaking it down to just over 8K per person – a much more manageable commitment.

Gather your colleagues together and embark on this year’s team-building Corporate Challenge. The word on the street is that corporate teams have been putting each other through their paces and training together. What better way is there to build a healthy, high performance team than by undertaking this test of team spirit and endurance?

The fun begins at 6 a.m. before the sun really makes its presence known. Starting point is Patrick’s Avenue in the depths of Prospect which, after a few twists and turns, pops you out on Shamrock Road. From there you will make your way toward the schools on Walkers Road via dirt roads and other interesting paths (or non-paths). The detailed descriptions on the Facebook page are liberally peppered with warnings about darkness and points where you need to watch your footing.

Eventually, you will be heading north toward West Bay, with detours into Britannia and Snug Harbour before continuing on through Lime Tree Bay and Governors Square with still the Cayman Turtle Centre and Hell to go, followed by the Esterley Tibbetts Highway. The finish line is located in the Yacht Club beside Bàcaro restaurant.

The fee to enter Off the Beaten Track is US$100 or CI$82 for solo runners and US$300 or CI$246 for a team of up to six runners. The fee includes complimentary breakfast, soft drinks, beer and music. For more information, visit www.offthebeatentrack.ky or register on www.caymanactive.com.

June 04, 2021
KRyS Global is proud to be a sponsor of the Queen Elizabeth II Botanical Garden’s Queen’s Birthday 5K Run/Walk, taking place on June 13th 2021. The run/walk is a fundraiser… read more

June 02, 2020
KRyS Global supports the 41st NCVO edition of its annual telethon … albeit this year is virtual due to the COVID 19 virus. On Saturday 30th May, the NCVO hosted… read more

August 26, 2019
KRyS Global was pleased to sponsor the VISAR Swim and SUP the Sound again in 2019.  This is the 6th year KRyS has been the lead sponsor.  VISAR is staffed … read more