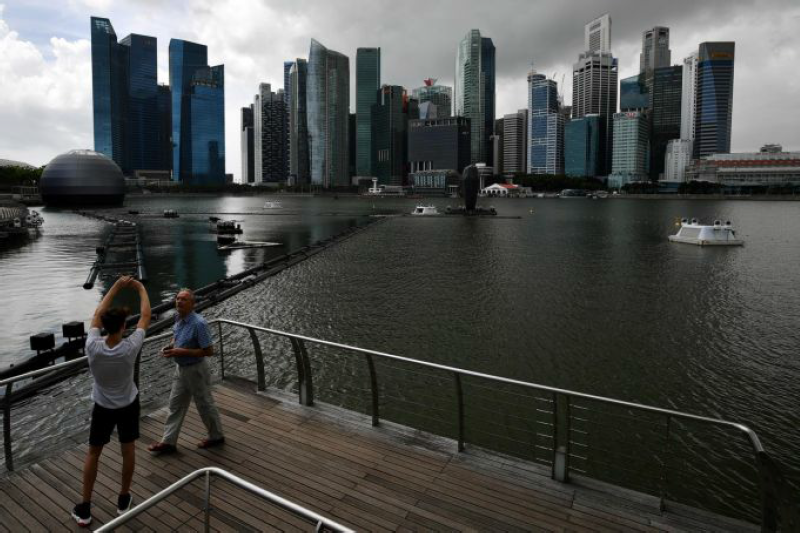 Photo caption: As more businesses buckle under strain amid the virus outbreak, some firms in the professional services are boosting their restructuring and insolvency (R&I) practice with more aggressive hiring. ST PHOTO: LIM YAOHUI

AS MORE businesses buckle under strain amid the virus outbreak, some firms in the professional services are boosting their restructuring and insolvency (R&I) practices with more aggressive hiring.

Firms offering legal, auditing, and consulting services told The Business Times that they had seen a spike in queries relating to R&I in recent months, and are looking at hiring more to deal with cases of businesses winding up.

There are also firms rejigging their resources internally, having younger associates from less busy practices to adjust and adapt to this heavier portfolio.

Some of these hiring plans have already been in the works since last year, given the structural stresses in sectors such as construction and retail, as well as headwinds from the US-China trade war.

But the novel coronavirus was “the black swan event which dealt a significant blow to the global economy”, said lawyer Darius Tay, founding director of BlackOak.

His boutique law firm, which specialises in R&I, is looking to shore up its current team of 15 with about five to 10 more members across various experience levels, by the end of the year.

“We have seen a massive spike in insolvency cases and foresee more,” said fellow BlackOak director Ashok Kumar. “How badly damaged a business is and its relevance in the post Covid-19 economy, will dictate which will be saved and which will not. The picture should be clearer in the third quarter.”

International law firm Clifford Chance this month brought in structuring veteran Shaun Langhorne in an effort to strengthen its R&I team. The firm’s Singapore managing partner Kai-Niklas Schneider said this comes as the firm is witnessing an increase in corporate distress and related activity across the region.

Recruiters in this space have also been receiving mandates for R&I hires. Clement Tan, a senior consultant at Space Executive, said he has received about five requests for experienced R&I hires from various law firms, compared with just a couple in an average year.

To be sure, these are challenging requests to fulfil, given that R&I is not typically a popular specialisation among legal associates.

“The more popular specialisations among junior lawyers, in recent years, has been in areas like tech, mergers and acquisitions (M&As), or protect financing,” said Mr Tan. “So while the demand for R&I has increased, the supply we’re looking at hiring from has pretty much held steady.”

Taylor Root’s head of private practice Sophie de Blauwe, who specialises in recruiting associates into international law firms in Singapore and Southeast Asia, shared two posts on LinkedIn within a week highlighting an “increased appetite for R&I lawyers in Singapore”. Based on her posts the demand varies. It ranges from practitioners with prior restructuring experience, to juniors who are due to be admitted to the Bar this year.

“There are only a handful of dedicated restructuring teams here, which tend to run quite lean. There has not been a huge demand prior to this year”, she said.

That said, Ms de Blauwe’s clients are “open to looking at candidates with broader views and retooling lawyers from other practice areas”.

The R&I team at Grant Thornton Singapore, which provides audit, tax and advisory services, is looking at doubling its team of eight. “We are looking at having experienced hires on board in the next three to five months,” said partner Paresh Jotangia. His team has received about a 30 per cent increase in queries in recent weeks, primarily from prospective clients in the oil-and-gas, retail and aviation sectors.

While some firms have been adding headcount, others are in favour of rejigging their staffing internally, with several noting that their firms have withheld hiring for the time being.

Most of the Big Four accounting and law firms said they are preparing to tap expertise from other departments if needed.

Bob Yap, head of restructuring at KPMG Asia Pacific, said there are currently about 50 professionals in his R&I team. “Aside from this team of dedicated professionals, we also have the ability to tap into other cross functional teams should the need arise,” said Mr Yap.

He does not expect to see a surge in insolvency cases in the short term due to government support schemes.

“However, we do anticipate an increase in such cases towards the second half of the year, particularly from the sectors of construction, commodities and retail, which are among the industries worst hit by the Covid-19 situation,” he said.

As it is, only four companies here were ordered by the courts to wind up in April, compared with 45 in January. Not only have temporary legal provisions kicked in last month, non-urgent proceedings are also taking a hiatus amid tightened lockdown measures.

“We will try to (staff up) internally as we believe that these skill sets are relatively portable,” he said.

Lawyers at WongPartnership, one of the Big Four legal firms, expressed similar sentiments. “We have always believed in drawing on the expertise of our colleagues in the other practice groups where issues relevant to their practice area arise,” said partner Stephanie Yeo.

“We have lawyers from the M&A, banking, debt capital markets, funds and corporate governance teams with relevant experience honed from working on some of the largest restructurings in the region,” she said.

Some firms are also looking to collaborate.

International asset recovery recovery firm KRyS Global, for instance, is looking as much as possible to “draw down on its internal resources”, said senior manager Jonathan Ong.

“But if this is not possible, we have local relationships and informal tie- ups with many accounting firms and would be able to draw on resources and manpower as and when the need arises. This will mitigate the risk of over-hiring and dealing with the potential human resource issues of having a permanent employee,” he said.

Mr Ong added that he has seen 50 to 80 per cent more enquiries in recent weeks from small and medium sized sub-contractors who have been hit by stop-work orders in recent months.

“When more work comes in, we will be able to deploy these trained associates on short notice to the files to support our experiences appointment holders,” he said.

The buzz in the R&I practice in these fields also comes amid a broader push in recent years for Singapore to become Asia’s debt restructuring hub. With that, Taylor Root’s head of Asia Pacific Alex Wiseman noted the emergence of “true restructuring specialists” in Singapore. “Ten years ago, the market in Singapore was an entirely different landscape. The work was often handled by generalist and versatile debt finance and litigation lawyers,” he said.

Singapore has in recent years implemented key changes to its insolvency and debt restructuring regime which, among other things, include the introduction of automatic moratoriums for debt-restructuring applications, the provision of super priority for rescue financiers, and widening the jurisdiction access for foreign firms.

The anticipated surge in R&I cases towards the end of this year could result in a sharp increase in the use of this relatively new restructuring regime by debtor firms, said Danny Ong, who handles disputes and R&I at Rajah & Tann.

“This surge, in particular in cross border complex billion-dollar distressed cases, will likely provide Singapore with an excellent opportunity to cement its role as the debt restructuring hub for Asia,” he said.