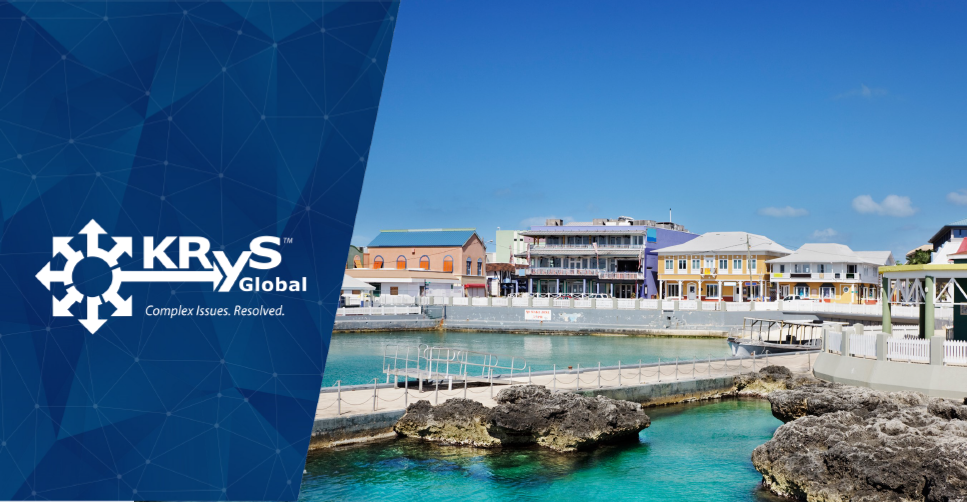 Originally posted on the Cayman Compass

The Grand Court has sided with the provisional liquidator of OneTRADEx in a dispute over spiralling fees and how much of the US$3.8 million in claimed liquidation costs should be paid out of the assets of the broker’s clients.

An ad hoc committee of clients and creditors of the discount broker had vigorously fought a cost application by Krys Global in court.

The committee claimed that the liquidator had exaggerated the complexity of the work undertaken, which, in their view, should have been largely paid out of the company’s assets and not client funds.

OneTRADEx was a discount broker that used US-based Interactive Brokers’ trading platforms and systems under its own brand name. This enabled clients to carry out stock trades from Cayman without having to be registered in the US for tax and other regulatory purposes.

In July 2019, the Cayman Islands Monetary Authority appointed Kenneth Krys and Angela Barkhouse of Krys Global as controllers of the company after the broker had failed to file audited financial statements and an onsite inspection uncovered regulatory breaches.

The company’s auditors advised the regulator in March 2019 that OneTRADEx was potentially in breach of the Securities Investment Business Act (Conduct of Business) Regulations for using a client’s funds in stock loan transactions without the client’s knowledge or approval.

The auditors highlighted the lack of an adequate internal book-keeping and record-keeping system which impeded the audits for the years 2016, 2017 and 2018, and they noted a potential dispute about the beneficial ownership of certain stocks held by the company on behalf of a client.

The controllers reported several regulatory breaches by the broker first in July and again at the end of September confirming that a system of basic record-keeping and reconciliation of client assets had not been maintained, and the company had commingled its own and client funds.

The controllers also reported an improper share loan transaction and recommended that the regulator file a petition to have the company wound up.

The cost of liquidation

In September 2019, the controllers were appointed provisional liquidators of OneTRADEx.

OneTRADEx’s clients balked at the notion they should be on the hook for the company’s debts from the start.

It was evident early on that the company’s funds were insufficient to meet the cost of a liquidation.

Based on the work already done and representations made by the liquidators about the complexity of unravelling the commingled accounts and addressing unresolved claims, the court granted an application that would allow the payment of liquidation fees from assets held in trust.

Much of the dispute surrounded the scope of this so-called ‘Berkeley Applegate’ order and the principles applied to determine whether the costs were reasonable and proportionate.

The committee of clients and creditors argued that when the company was at risk of becoming insolvent, most client assets had been properly segregated and were, therefore, protected against claims. Because the client accounts were readily identifiable, the committee believed the fees charged for identifying and returning the assets were excessive.

The broker’s clients claimed the liquidator overstated the complexity of unraveling the misuse of client funds by the company, given that the affected accounts concerned only a small number of clients, and this had been identified before the provisional liquidators were appointed.

By exaggerating the problems, the committee’s lawyer argued in court, the solutions turned into “major cost centres” for the provisional liquidator and his staff.

The committee also asserted that returning the assets to clients should have been a much simpler and less costly process than the one adopted by the liquidator.

The committee specifically claimed that certain costs, including the cost of controllership, placing the company into liquidation, applying for Chapter 15 protection in the US and efforts to sell the company, should not be paid out of trust assets but company assets.

While in effect, most accounts were held individually at Interactive Brokers (IB), irregularities included one IB account that commingled funds from eleven clients.

This account was used by OneTRADEx for clients that IB was not willing to onboard due to the failure of those clients to meet IB’s compliance requirements.

Another account the Cayman broker had with Linear Investments Limited also commingled client assets. Linear had funded the purchase of dividend rights of Dutch company shares in a tax arbitrage scheme that sought to take advantage of tax refunds paid to foreign investors. When the Dutch Tax Authority refused to pay, the account incurred losses.

In addition, the liquidator noted that because the company had operated accounts in the UK and the US, the resulting legal issues meant that the controllers and liquidators had to obtain legal advice at substantial cost.

The liquidator’s lawyer described the more than US$3.5 million in liquidation fees as reasonable on the basis that they represented about 4.2% of the trust assets. The client and creditor committee’s lawyer, in turn, pointed out that potential losses the clients had been exposed to amounted to “a $5 million problem”.

The court accepted that unwinding client investments proved challenging and labour intensive and that the process adopted by the liquidator was necessary.

Justice Margaret Ramsay-Hale wrote in her judgment, “I am satisfied and find that the costs have been properly allocated between the Company and the trust assets according to the Draft Judgment and that the work done in identifying and returning the trust assets to the clients was necessary and the costs incurred reasonable and proportionate.”

She also held that Krys Global did not act against the interest of the broker’s clients by petitioning the court to be paid from client assets.

Ramsay-Hale wrote, “I did not – and do not – accept that, in making the case that the majority of his costs fell within the Berkeley Applegate principle, the [provisional liquidator] took a position which was adverse to the interests of the Clients or, indeed, that he had conducted the proceedings in any manner deserving of criticism by the Court.”